GEOPOLITICS OF ENERGY CORRIDORS: THE POTENTIAL OF THE ALTERNATIVES 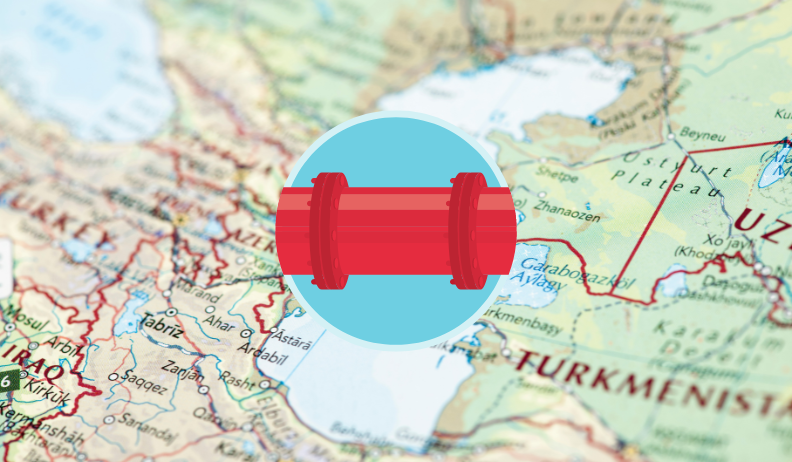 One of the major consequences of the Russia-Ukraine war is the disruption of global supply chains and the weakening of economies worldwide. As a punitive measure to the unprovoked war against Ukraine, several countries are imposing a range of economic and financial sanctions on Russia, including export and import restrictions to and from the Russian Federation.

The reduced attractiveness and competitiveness of the Russian route, along with ethical considerations over the invasion of Ukraine, led international shippers to find alternatives to the northern route through Russia. New transport initiatives are already being redirected to the South, and the Middle Corridor  is currently in the spotlight as the main alternative multimodal route for East-West land transportation.

Due to its favorable conditions in terms of the arrival times of cargoes to destination and the good functioning of available infrastructures, the Russian route has traditionally represented the main line for containerized rail freight between the EU and China. However, on top of sanctions making it challenging to work with Russian companies, international shippers are uncertain about the current viability of this transit route and are looking for feasible alternatives for the intercontinental transshipment of goods.

Officially known as the Trans-Caspian International Transport Route (TITR), the Middle Corridor connects China to both Eastern and Western Europe through Kazakhstan, the Caspian Sea, Azerbaijan, and Georgia, then through either from the Black Sea or Türkiye to Europe. This multilateral and multimodal route appears to have the potential to offer an alternative to the Northern Corridor for the land-based commercial connections. Indeed, according to the estimates of the Trans-Caspian International Transport Route Association, in 2022 cargo transportation through the Middle Corridor is expected to increase six-fold compared to the previous year, reaching 3.2 million metric tons.

IN NEED OF INFRASTRUCTURE SOLUTIONS

However, although geopolitical circumstances seem now to favor this route, there are still considerable obstacles that might prevent it from replacing the Russian route for transcontinental trade. As a matter of fact, the Middle Corridor currently accounts only for approximately 3-5 percent of the intercontinental rail trade, and infrastructures are still relatively underdeveloped. Among the major obstacles, the participating countries need to come up with soft infrastructure solutions to provide smooth transit of cargo. For instance, shared customs union, stronger tariff coordination, and increased IT solutions would bolster the corridor’s attractiveness for the Chinese rail forwarders and European logistics companies. Besides, the route features more border crossings than the Russian one, and it requires multimodal transfers to cross the Caspian Sea and the Black Sea, which make transshipments slower and more expensive. The lack of vessels and underdeveloped port infrastructure turned the sea route into a serious bottleneck along the corridor.

The countries crossed by the Middle Corridor have substantial interests at stake for the development of the route. In particular, for the South Caucasus and Central Asia it represents a strategic opportunity to increase their power and infrastructure, as well as an impetus for the economic recovery and to reduce their logistics and transport dependency on Russia. Amid the Russia-Ukraine war, legal and diplomatic work has been reinforced among the countries on the Middle Corridor to facilitate the transit of cargoes, reduce the infrastructural obstacles, and increase the competitiveness of the route. As a consequence, several agreements have been signed among the major stakeholders.

In late March, Azerbaijan, Georgia, Kazakhstan, and Türkiye released a quadrilateral declaration on the establishment of the Middle Corridor joint venture in early-to-mid 2023 with the aim to improve the region’s transportation potential. In April, state railway companies of Azerbaijan, Türkiye, and Kazakhstan signed bilateral agreements on logistics cooperation. On May 10, Türkiye and Kazakhstan signed an Enhanced Strategic Partnership agreement that envisioned strengthening coordination between relevant institutions for the effective and sustainable use of the Middle Corridor. On June 27, Azerbaijan, Türkiye, and Kazakhstan signed the Baku Declaration, which envisages deeper customs cooperation and smoother transit of cargo along the Middle Corridor. Last but not the least, on August 24, during the visit of Kazakhstan’s President Kassym Jomart Tokayev to Baku, the transport companies of the two countries signed cooperation agreements on logistics and cargo transshipment. 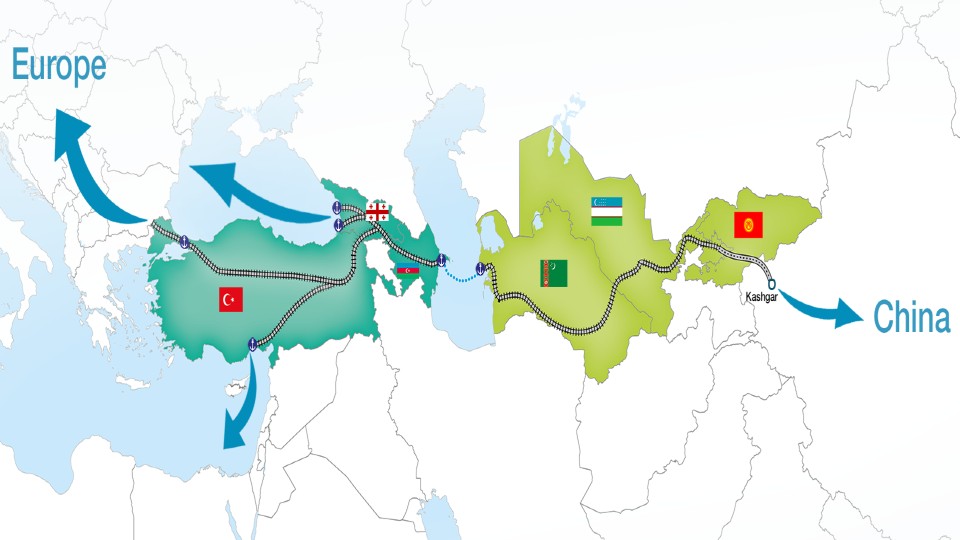 The market’s reaction to the rise of the Middle Corridor as an alternative to the Russian route was not long in coming. Several shipping corporations have already started new train services along the route, including the Danish Maersk, one of the largest container shipping companies in the world, that launched a new train service along the Middle Corridor in April; the Finnish Nurminen Logistics, that started running a container train from China to Central Europe through the trans-Caspian route in early May; and Germany’s DHL logistics company, that shifted to two block train lines connecting China’s Chengdu and Guiyang provinces with Hamburg and Duisburg cities in Germany via the so-called “Two Seas” solution referring to the Middle Corridor.

The Middle Corridor needs substantial investments to improve its infrastructure in order to attract new customers and improve its own capacity. To this aim, the involved countries have already started to make significant investments. A new railway bypassing the Dostyk/Alashankou border crossing between Kazakhstan and China and running instead through Almaty is being developed, and it is expected to strengthen efficiency throughout the corridor. Another significant development is represented by the starting of the operation of two new vessels across the Caspian Sea between Baku International Sea Trade Port and Turkmenbashi International Sea Port by the Caspian Shipping Company (ASCO). Similarly, Azerbaijan and Kazakhstan agreed to double the number of vessels sailing between the Alat and Aktau ports in the Caspian Sea. In the Black Sea, Azerbaijan’s ADY Container in cooperation with ASCO, GR Logistics and Terminals, and KTZ Express established its first feeder vessel line linking Georgia’s Poti port and Romania’s port of Constanta, which will have 6 departures in a month. On September 5, Uzbekistani fertilizer was sent to Europe with a cargo that went from Turkmenistan’s Turkmenbashi port in the Caspian Sea to Azerbaijan’s Alat port, from where it was sent to Georgia’s Batumi port using Azerbaijan’s railway system. In the Black Sea Azerbaijan’s ‘Rasul Rza’ ship carried cargo to Romania’s Constanta port.

The reactions of international actors will be prominent in determining to what extent the Middle Corridor can emerge as a viable route in east-west trade. The latest developments in regional rail connectivity could be particularly relevant for China and the European Union. For China, the Middle Corridor has long been part of an exit strategy in case the more direct route to Europe through the Russian territory would be destabilized. Therefore, after the war in Ukraine, China is interested in the rise of alternative transport routes in the region, with the Middle Corridor being one of the most reliable ones. In his meeting with the foreign ministers of the Central Asian republics on June 8, China’s Foreign Minister Wang Yi said China will support the simplification of customs procedures and integrity of production chains and the continuity of supply chains in the region.

As for the EU, before the war in Ukraine Brussels declared its intention to extend the TEN-T programto the Eastern Partnership countries, which meant the EU’s growing involvement in the further development of Georgia and Azerbaijan’s transport capacities. With the Economic and Investment Plan adopted in July 2021, the EU allocated financial assistance to reinforce the digital transport corridor in the Caspian Sea and boost the Black Sea connectivity. After the start of the war, the EU has renewed its interest in the growth of the Middle Corridor. On June 15, the head of unit at DG MOVE Harvey Rouse said, “the Middle Corridor is very important in the search of alternatives to the trade routes going through Russia”. The TITR’s emergence as a viable route not only increases the resilience of the participating countries vis-a-vis Russian pressures, but it also decreases Russia’s importance in yet another geostrategic issue area – connectivity.

As in the case of the participating countries, China and the EU seem invested in the idea of further development of the Middle Corridor as an alternative to the Russian route, but whether these actors with sometimes different interpretations of regional connectivity realities will show serious commitment via bigger investments or customs reforms remains to be seen.

Mahammad Mammadov – Research Fellow at Topchubashov Center. He graduated from Russian, Central, and East European Studies double degree master’s program at the University of Glasgow and University of Tartu. He is currently based in Baku, Azerbaijan and his research interests include geopolitical and transitional developments in the post-Soviet space with a specific focus on Azerbaijani foreign policy.

Simona Scotti – Research Fellow at Topchubashov Center.  She holds a Master’s Degree in International Relations from Ca’ Foscari University of Venice and has carried out periods of study and research in Russia, Colombia and Serbia. Her research interests include geopolitical and security issues of the Caucasus, Russia and Türkiye as well as Italy-Azerbaijan relations. She currently lives in Baku. 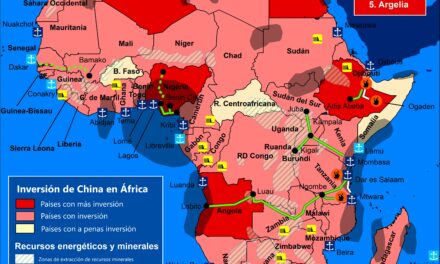 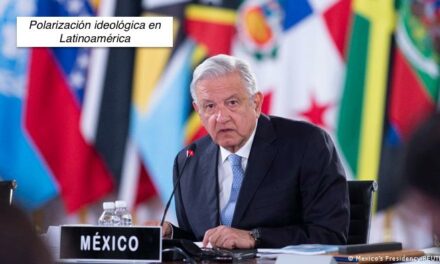 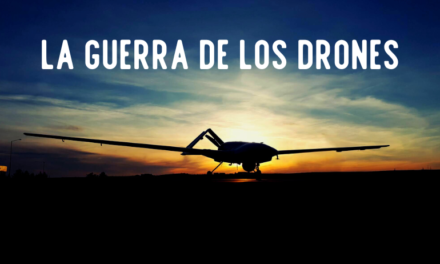 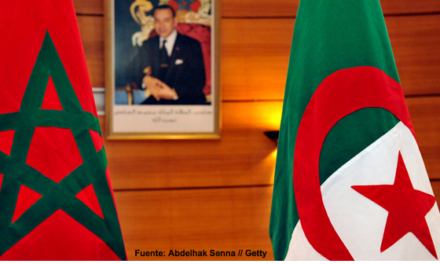