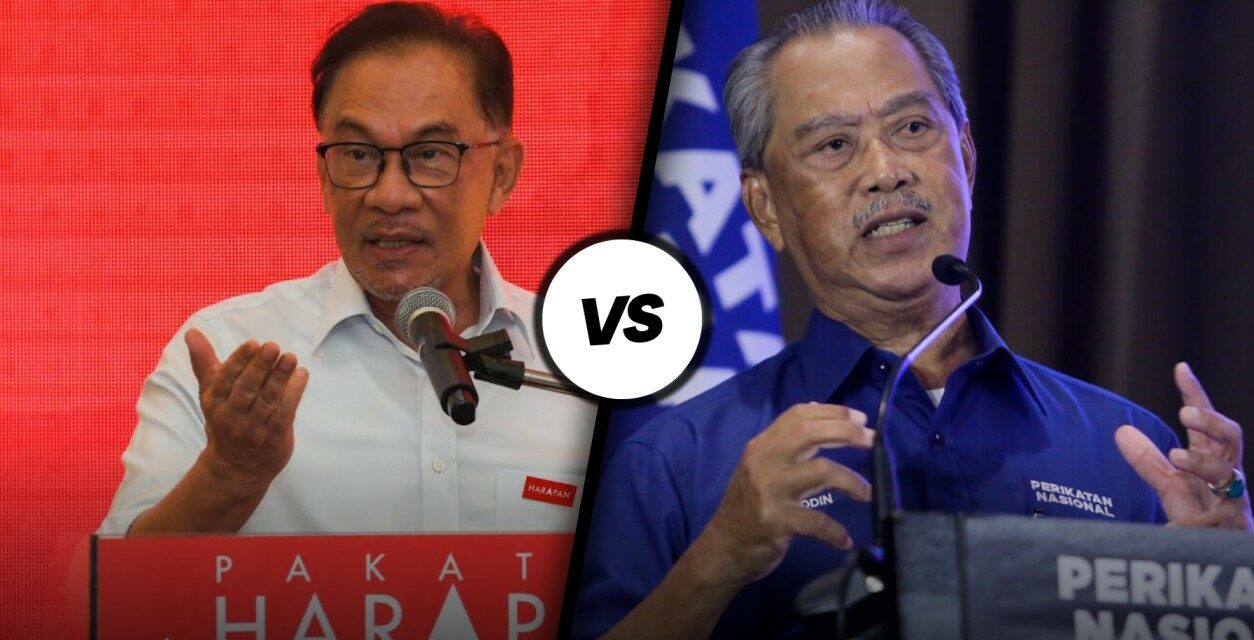 Malaysia’s 19th November general election has left us with an uncertain future for the country. What could have been an opportunity to end the cycle of political instability has most likely given way to a new chapter in it. Although for the first time prime ministerial candidate Anwar Ibrahim won the largest number of votes through the coalition Pakatan Harapan (PH), it is very likely that he will not be able to form government. 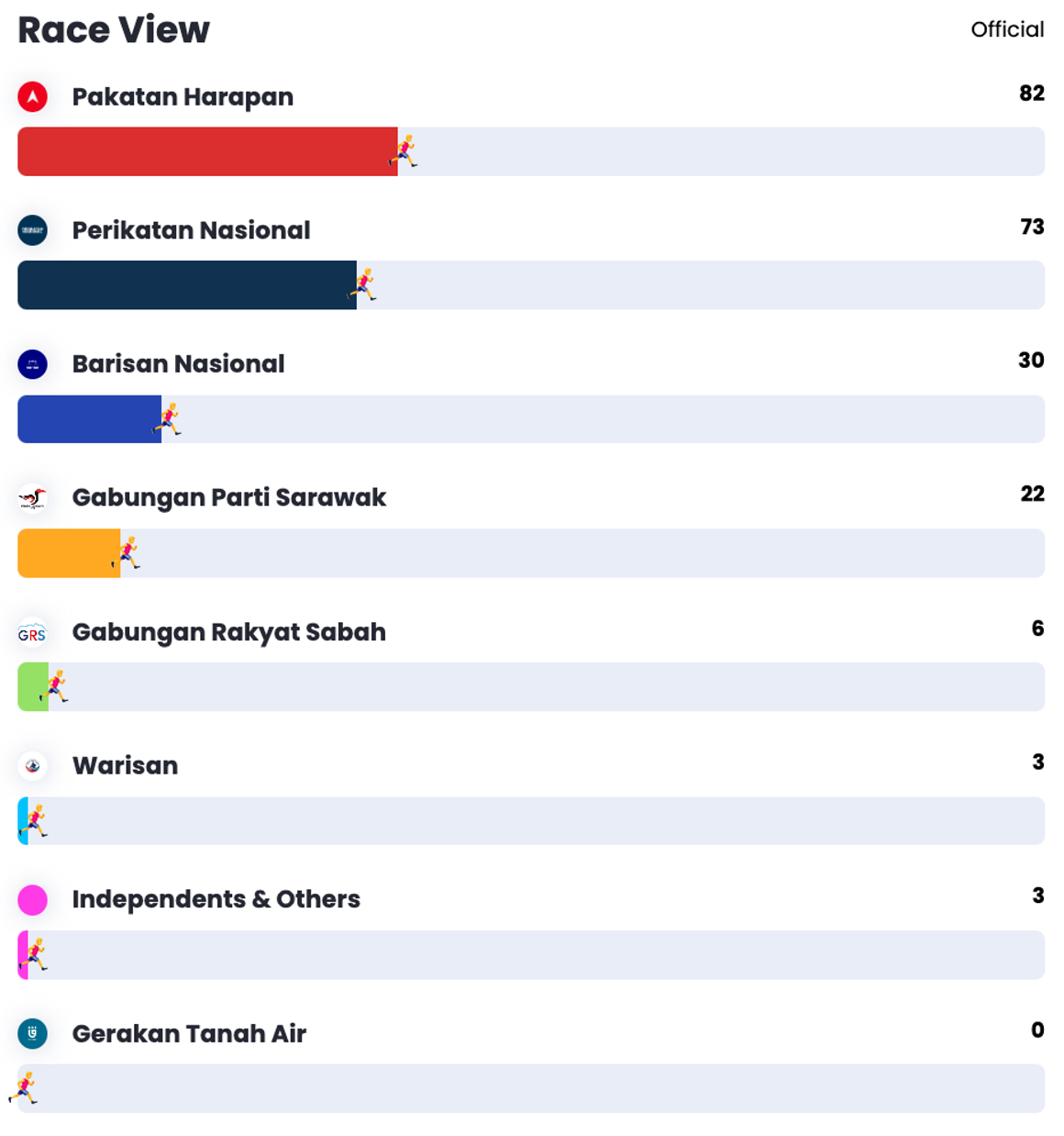 Despite Pakatan Harapan (PH) won most seats (82) still doesn’t have enough to form government. As 112 seats are required for parliamentary majority. With this scenario Perikatan Nasional (PN) is most likely to become the ruling party with the support of Barisan Nasional (BN). Therefore, former Prime Minister Muhyiddin might become the next PM.

Pakatan Harapan, currently the main opposition coalition has only won the election race twice, the contesting GE15 and the last one in 2018 (GE14). PH has been the first and only one to defeat Barisan Nasional (BN) in general elections. In 2018 it was able to form a government, but its Prime Minister Mahathir Mohamad resigned 22 months later, ushering in a political crisis in the country that continues today. BN has ruled from the beginning of Malaysian democracy to the present day, except for the period when PH was in power. For more information on the Malaysian Political Crisis, a recap on the pre-GE15, the coalitions and their candidates’ profiles go here.

According to the polls Perikatan Nasional (PN) wasn’t expected to have such a good result, the contest was believed to be between BN and PH. Barisan Nasional scandalous corruption cases and other variables such as new voters helped place traditional BN supporters vote into PN’s count. Perikatan Nasional has shown itself to be a non-corrupt version of BN and even more conservative and Islamic one. In this elections is estimated that 5.8 million people have been added to the electoral roll. Despite all of them being young voters, it does not mean they all think and vote the same way. The trend of increasingly polarised societies on an international level also applies in Malaysia and may affect the younger generation more. A factor that may be amplified by racial, ethnic, and religious conflict in the country.

What does this mean for Malaysians?

Pakatan Harapan was the only progressive coalition with a chance of becoming the ruling one after GE15. Unlike Barisan Nasional and Perikatan Nasional (PN) PH doesn’t favour the Ketuanan Melayu Islam (Supremacy of Malay Islam) ideology and promotes a multiracial and more liberal society. For most Malaysians Anwar Ibrahim and other PHs candidates meant a change into the country’s politics to a more tolerant one. In particular to one in which policies are not applied based on ethnicity or religion, but on merit, economic status, or other parameters. The arrival of PH and Anwar in government could have also meant an institutional reform, especially introducing new measures to eradicate corruption.

With a possible new PN government with the support of Barisan Nasional and Gabungan Parti Sarawak (GPS) the Malaysian political crisis will continue. It all seems to reside on the unresolved racial conflicts, that following the polarisation of society it will be increasingly difficult to reach a middle ground. The union of most coalitions against Pakatan Harapan has been a reaction to a possible change, all the “establishment” united against one. The same reaction can happen amongst some voters, when more progressive and inclusive speeches for all ethnicities have arisen people that may feel it as an “attack” will vote and support a more extremist approach.

The most surprising member of this new union to form a new government would be GPS.  The Gabungan Parti Sarawak was PHs only hope form a stable government. Yet it’s still surprising to its voters that a Sarawak based organisation like GPS it’s not forming and alliance with Pakatan Harapan. We must remember that Sarawak is a Christian-majority State, and this decision can be electorally damaging for GPS future.

A tougher approach to minorities?

Scenes from some days ago such as Muhyiddin (BN candidate and possible future Prime Minister) claims on Jews and Christians working together with PH to “Christianise” Malaysia are directed to blame minorities and put fear on Malays “lifestyle”. Claims that are realistically impossible to happen since those minorities are not even 1% of Malaysia’s population according to the Malaysian government website in 2016 and have no political power. An electoral campaign scene that led to a confrontation with Christian authorities and the opposition.

Seeing that the possibility of winning receded due to PH, the others resorted to the most effective political weapon, the original conflict, which is the same as the racial/ethnic/religious one. Such scenes are not anecdotal and in the long run can be detrimental to minorities in the country. Not only can they be «subtly» discriminated for their physical appearance, religious beliefs or directly due to less beneficial laws, but authorities with the power to influence classify them as a danger to the country.

This is not the first incident against Christians or other minorities. In 2017 the Muslim group organisation Jaringan Muslim Pulau Pinang (JMPP) claimed Christians were a threat to the country since the preaching of Christianity from a prominent one could “confuse” Muslims.

Major minority groups such as ethnic Indians (+/- 6% of population) are also targeted in speeches or political acts in order to unify the resorting to the ethnic conflict. For although they are the third largest population group in the country, the 6-7% of anger cannot swing elections but unites the rest under a false “enemy or rivalry”.

Today the 21th of November at 2pm, Party/coalition leaders will have to present their Prime Ministerial candidate to the Yang di-Pertuan Agong, the King of Malaysia. Most likely the coalition for government will be PN-BN-GPS-GRS. This could lead to a survival conflict for BN since they’ll prove to their voters, they have an optimal substitute that they approve rule.

For BN, there is a possibility that if it were to ally with PH, it would do better electorally in the future, since its main rival at the polls (PN) would be left out of the government. At the same time it would be a risky gamble as PN could accuse them of being traitors in front of the voters. On the other hand, if PH makes a pact with Barisan Nasional, it would be giving entry into government to those who represent the opposite of what they stand for.

NOTE: The statements and ideas contained in the analysis and opinion articles are the sole responsibility, in each case, of the analyst, and do not necessarily represent the ideas of GEOPOL 21. 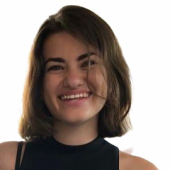 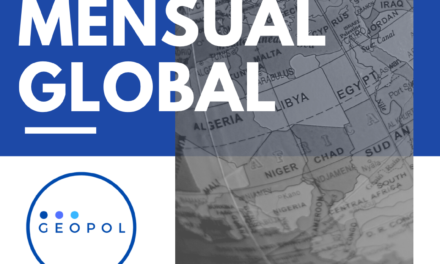 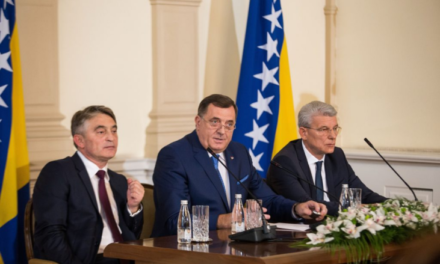 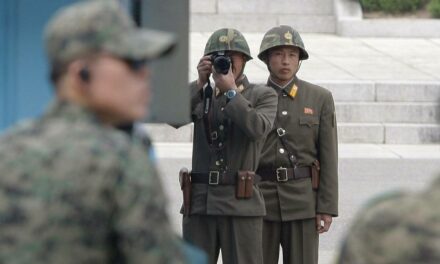